KINGSTON, Ga. – A quiet hill on the edge of town provides the final resting place for 250 Confederate and two Union soldiers “known but to God,” as a nearby historical marker reads. 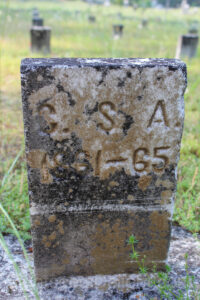 These soldiers were transported to hospitals in Kingston following battles at Chickamauga, Missionary Ridge and Perryville.

The cemetery is home to the oldest running Confederate Memorial Day celebration, also known as “Decoration Day.” The celebration started in 1865.

According to legend, women in town wanted to honor the war dead and asked the Union troops occupying the town for permission. The commander gave permission, as long as the graves of all soldiers – Union and Confederate – were decorated.

In 1874, the Ladies Memorial Association erected an obelisk in honor of the soldiers, which stands tall to this day. A few years later (circa 1899), marble headstones engraved with “C.S.A.” were added to each grave; the two Union soldiers’ headstones have “U.S.A.” engraved on them.

“For more than forty years the women of Kingston have cared for these graves,” Lucian Lamar Knight wrote in Georgia’s Landmarks, Memorials, and Legends, published in 1913. “Consequently when it was proposed some time ago to remove the bodies to Marietta they protested. The very thought was a nightmare to them.” 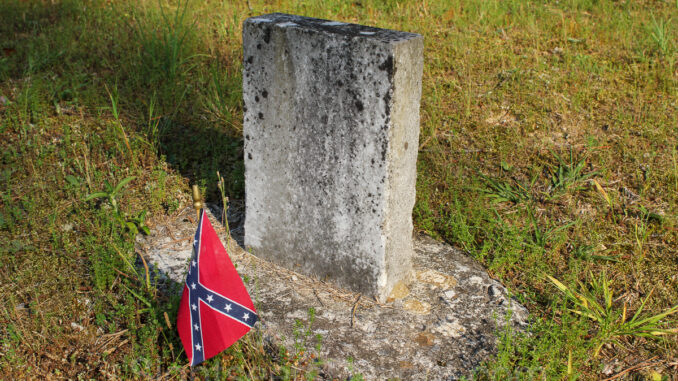 About Todd DeFeo 1317 Articles
Todd DeFeo loves to travel anywhere, anytime, taking pictures and notes. An award-winning reporter, Todd revels in the experience and the fact that every place has a story to tell. He is the owner of The DeFeo Groupe and also edits Express Telegraph and Railfanning.org.
Website Twitter

What is the story behind the ruins on Jekyll Island?

Driving along Riverview Drive on the north side of Jekyll Island, it’s easy to cruise past the tabby ruins on the side of the road. But, these ruins are among the most important in the state and have deep historical value.

Atlanta city residents will head to the polls Tuesday to vote on a $250 million bond package aimed at fixing the city’s infrastructure.

The historic ruins of a textile mill located in what is today Sweetwater Creek State Park are undergoing a stabilization project.