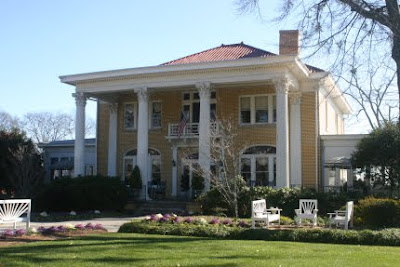 The Blue Willow Inn, a popular eatery and attraction, is under Chapter 11 bankruptcy protection, but the restaurant remains open for business, according to published reports.

“We want everybody to know we’re not” closed, the Rockdale Citizen quoted owner Billie Van Dyke as saying. “We’re doing business as usual. The pots on the stove are full.”

According to published reports, a number of customers have stopped coming to the award-winning restaurant, thinking it wasn’t open for business. The restaurant is located in Social Circle, about 75 miles east of Atlanta.

The establishment’s financial woes center on a shopping center, Blue Willow Village, built in 2007, according to a report on ajc.com. Van Dyke and her husband bought the restaurant in 1991, ajc.com reported.

Investigators searching for a Winterville woman missing since July 2002 found human remains Monday in the general location where her former boyfriend claimed he buried her body more than two years ago, authorities said.

A look at the famous burials at Rose Hill Cemetery in Macon, Ga.

Gregg Allman, a founding member of the Allman Brothers Band, will be buried in the historic Rose Hill Cemetery in hs hometown of Macon, Ga.