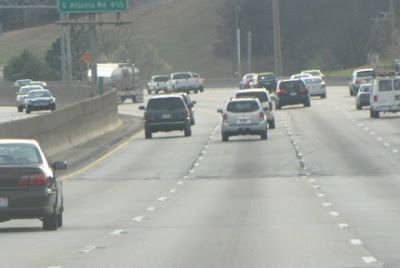 ATLANTA — Slow drivers beware. And, keep out of the fast lane.

The state House this week approved a bill that would fine drivers $75 for impeding traffic by remaining in the left lane. The house voted 129-29 in favor of HB 1047, which now heads to the state Senate.

“This is a serious problem on our roads right now, and this seeks to help with that problem,” The Atlanta Journal-Constitution quoted Rep. Mark Butler, R-Carrollton, as saying. “This is a safety issue. This is a traffic issue.”

Under the proposed law, a motorist cannot remain in the left lane of a road with two or more lanes if he or she is driving less than the posted speed limit and another, faster car approaches from behind. There is an exception for motorists preparing to make a left-hand turn.

“Driving in the correct lanes, at the correct speeds, has the possible effect of reducing crashes and increasing the vehicle-carrying capacity of our highways,” Bob Dallas, director of the Governor’s Office of Highway Safety, told Morris News Service.

If approved by the Senate and signed by Gov. Sonny Perdue, the law takes effect July 1.

Officials say the law is not intended to promote speeding, News/Talk 750 WSB reported.

About Todd DeFeo 742 Articles
Todd DeFeo loves to travel anywhere, anytime, taking pictures and notes. An award-winning reporter, Todd revels in the experience and the fact that every place has a story to tell. He is the owner of The DeFeo Groupe and also edits Express Telegraph and Railfanning.org.
Website Twitter

The Southern Museum of Civil War and Locomotive History will transform into a haunted insane asylum this Halloween season as part of its annual haunted museum.