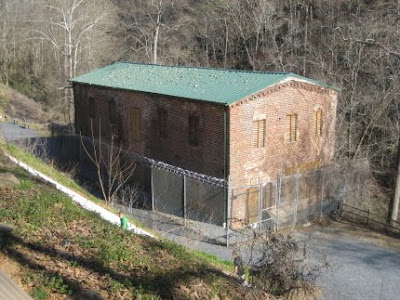 ROSWELL, Ga. — Gen. William T. Sherman is not a revered man in Georgia, to say the least. And the fate of the Roswell Mill during 1864 doesn’t do much to build his case for popularity among southerners.

In the decades leading up to the Civil War, Roswell King built a cotton mill along the banks of the Vickery Creek on land he bought from the Cherokee Indians.

The Roswell Manufacturing Co. was in operation by 1839, and by 1853, a pair of cotton mills, a woolen mill and a tannery operated on the site. Here, workers later produced the gray uniforms so closely associated with Confederate troops.

As part of the Atlanta Campaign, Sherman targeted the mill, understanding its importance to the Confederacy. So, on July 5, 1864, Union Brigadier Gen. Kennar Garrard took control of (and then destroyed) the mill, despite an effort by worker Theophile Roche to claim the operation was owned by the French and thereby neutral in the war ranging on across the countryside.

The French-flag didn’t account for the cloth branded with “CSA” — or Confederate States of America — produced at the mill. Interestingly, Roche, a Frenchman who assumed “ownership” of the mill from James Roswell King as Union troops approached, later sought $70,000 in damages, according to a 19th century account in the New York Times.

Most of the mill’s workers were women, and Union leaders charged the roughly 400 women with treason and sent them to Marietta and then further north so they could no longer work to help Southern forces. They were never tried on the treason charges and were later released (albeit with no way home), but the move was considered controversial to say the least.

“I repeat my orders that you arrest all people, male and female, connected with those factories, no matter what the clamor, and let them foot it, under guard, to Marietta, which I will send them by cars to the North,” Sherman wrote to Garrard. “The poor women will make a howl.”

Following the war, the mill continued to operate into the 1970s, withstanding to this day the growing urban sprawl that surrounds it. The mill is today part of the city’s Old Mill Park, which also features a modern covered bridge across Vickery Creek and a 30-foot-tall dam built in the 1830s to power the mill. The mill’s machine shop built in 1853 is the only remnant of the original Roswell Manufacturing Co.

About Todd DeFeo 819 Articles
Todd DeFeo loves to travel anywhere, anytime, taking pictures and notes. An award-winning reporter, Todd revels in the experience and the fact that every place has a story to tell. He is the owner of The DeFeo Groupe and also edits Express Telegraph and Railfanning.org.
Website Twitter

The Georgia Governor’s Office of Highway Safety has awarded a $1.8 million H.E.A.T. grant to the Georgia State Patrol.

Atlanta has canceled its New Year’s Eve Peach Drop as officials panic over the number of COVID-19 cases and specifically the Omicron variant of the virus.

The Explorations in Antiquity Center in LaGrange recently unveiled its new Biblical Life Artifacts Gallery to display artifacts from the Bronze Age through the late Byzantine Period.