YORBA LINDA, Calif. — To many today, Richard Nixon is known as the only president to resign from office. That is a shame. 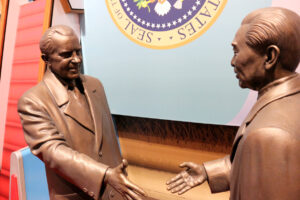 Nixon is one of the most intriguing politicians in American history. People who think the Nixon legacy begins and ends with Watergate are primed to miss so much of the 37th president’s legacy.

That’s where the newly refurbished the Richard Nixon Presidential Library and Museum can help paint a different portrait of a complicated man. No matter one’s opinion of the president, it’s hard to dismiss the fact he remains one of the most influential politicians of the 20th century, and his hand can be felt even to this day.

The newly refurbished library opened in October 2016 to rave reviews. The library, which first opened in 1990, touches on nearly every aspect of his career, including his tenure in Congress, as vice president and the events leading to his resignation in August 1974. 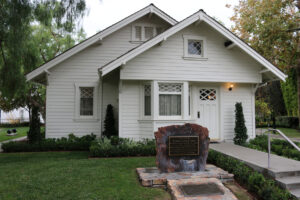 “Everyone has a one-dimensional view of Richard Nixon — Watergate, resignation and the end,” USA Today quoted Craig Hanna, chief creative officer for the Thinkwell Group, which helped reimagine the overhauled library, as saying.

After watching a brief video, visitors are immediately thrust into the turbulent year of 1968. In March of that year, President Lyndon B. Johnson said he would not seek re-election, and the country was tearing itself apart as the Vietnam War raged on half a world away.

Over the next five-and-a-half years, visitors learn, Nixon moved forward with an ambitious agenda — one that might seem slightly progressive compared to today’s Republican Party.

“We’ve got a generation of guests that were either born after or know very little about this president,” The Los Angeles Times quoted Bill Baribault, president of the Nixon Foundation, as saying. “…It’s a chance to tell the complete story.”

In addition to the museum, the library is home to the house where Nixon was born in 1913. Nixon’s father, Frank, in 1912 built the house from a kit and grew lemons on the eight-acre plot of land before abandoning his farming pursuit after the future president was born; the family moved to Whittier in 1922.

About Todd DeFeo 741 Articles
Todd DeFeo loves to travel anywhere, anytime, taking pictures and notes. An award-winning reporter, Todd revels in the experience and the fact that every place has a story to tell. He is the owner of The DeFeo Groupe and also edits Express Telegraph and Railfanning.org.
Website Twitter

Officials plan to charge for this San Francisco ‘tourist attraction’

Officials have a new twist in mind for the “Crookedest Street in the World.”

Here are the worst cities in which to drive

Whether to rent a car while on vacation is always a big question.

Nearly 2.9 million overseas visitors went to San Francisco in 2011, according to the San Francisco Travel Association, the official tourism marketing organization for the City and County of San Francisco.