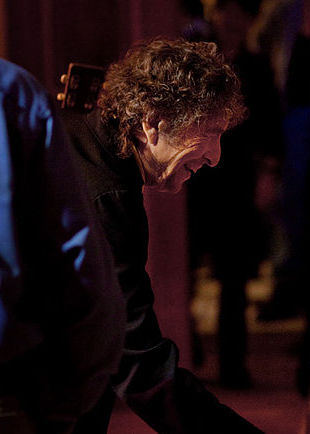 A previously unreleased Bob Dylan demo recording will be released next month on Record Store Day, and the song is set to appear on a future collection of unreleased Dylan recordings.

“Wigwam” was originally release on Dylan’s 1970 album Self Portrait as an instrumental song. The soon-to-be-released version of “Wigwam” and its b-side, “Thirsty Boots,” are set to be released on the next installment of Dylan’s ongoing Bootleg Series.

Self Portrait, a collection of Dylan originals and cover songs, was released to mixed reviews. The new release – possibly a version of the instrumental song without the horns overdubbed, according to ISIS magazine, a Dylan fan magazine – will be available for purchase April 20 at participating independent record stores.

According to a December post on ISIS’ website and other reports, the next Bootleg Series album, the 10th installment in the series, is slated to cover an often maligned period of Dylan’s career: from 1969 until 1973, the year before Dylan released his critically acclaimed Blood on the Tracks album.

That period is book-ended by the acclaimed Nashville Skyline album and the criticized album simply titled Dylan. The latter, a collection of cover songs, is often described as a revenge album issued after Dylan switched record labels.

The Nashville Skyline sessions do not include a number of duets Dylan recorded with Johnny Cash, which remain commercially unreleased as of now. It is not clear whether any of those recordings will be released on the next Bootleg Series.

The next leg of Dylan’s ongoing tour, often dubbed the Never-Ending Tour, continues on April 5 in Buffalo, New York. Although, according to Dylan’s official site, he has never performed Wigwam live in concert.

No official release date has been set for The Bootleg Series: Vol. 10. “Thirsty Boots” was written by folk singer Eric Andersen.

Bob Dylan fans are speculating the next Bootleg Series, Vol. 14, will focus on the Blood on the Tracks sessions.

Dylan brings the ‘Thunder’ to Chastain

During the roughly 90 minute concert, the poet laureate of American music showed once again that he has a unique knack for re-inventing even his most famous compositions.

Dylan brought the latest chapter to his storied music career to Atlanta’s Chastain Amphitheater on Thursday, and his band did not disappoint.