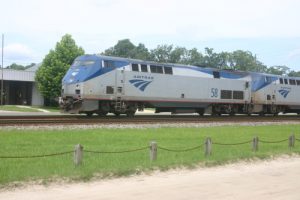 Drug and alcohol use among Amtrak employees “has been generally trending upward since 2006,” an alarming trend that increases the likelihood of a serious wreck, the railroad’s inspector general warned in a recently released report.

In 2011, Amtrak’s combined positive test rate was roughly 51 percent higher than the industry average, its worst year since 2007, according to the report. The increase in drug use poses a risk to not only Amtrak employees, but also to the traveling public, the inspector general warns.

The new report was released just before the railroad set a new annual ridership record, carrying more than 31.2 million passengers during Fiscal Year 2012. At the same time, Amtrak, which relies on taxpayer dollars for operations, also reported a 6.8 percent increase in ticket revenue for the year, collecting more than $2 billion.

The Federal Railroad Administration (FRA) has certified NJ Transit’s Positive Train Control (PTC) system about a month after the agency expressed concerns about whether the commuter railroad would meet the end of year deadline.

Authorities are looking for clues into the death of a Florida woman whose body was discovered along railroad tracks in southern Georgia after she was reported missing from an Amtrak train that passed through the area.

Sometimes a trip isn’t about taking in an art gallery or museum. It’s about returning to a place that holds special meaning. For me, that is the train platforms in Metuchen, N.J.