The IndyCar Series has Indianapolis.

The Super Bowl, the World Series and the Indianapolis 500, they’re all among the greatest annual sporting events.

Since its first running in 1911, the Indianapolis 500 — known as “The Greatest Spectacle in Racing” — has developed into an institution and a national treasure. The Indianapolis Motor Speedway Hall of Fame Museum, located in the middle of the famous speedway, is dedicated to preserving artifacts related to the races and telling the race’s history.

The museum opened in 1956 in a building located outside of the track. Large enough only for a few displays, twenty years later, the museum moved into a new building constructed in the middle of the track’s infield.

While the museum’s exhibits are constantly changing, there are usually at least 75 cars on display at any given time. One permanent exhibit is Ray Harroun’s 1911 Marmon Wasp — the car he drove to victory lane is the race’s first running.

For an additional charge, visitors can board a bus for a trip around the 2.5-mile-long track. 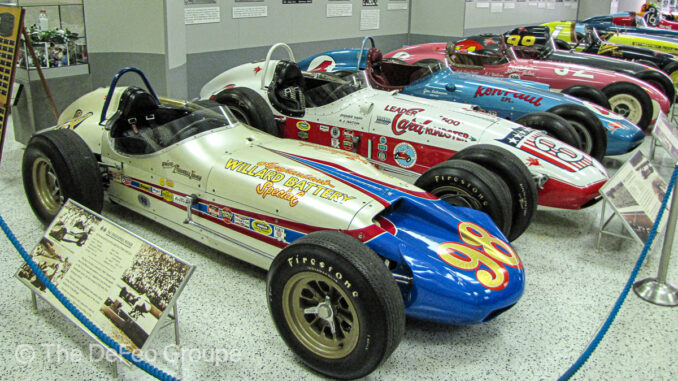 Take me out to the ballgame

To many in 21st century, the presidency of Benjamin Harrison, one of the last of the 19th century, seems like ancient history. Elected to the nation’s top political office in 1888, Harrison remains the only president from the state of Indiana (he was born in 1833 in North Bend, Ohio, but moved to Indianapolis in 1854).

Founded as a great inland port, Indianapolis prospers as city of monuments

Visiting Indianapolis is easy and well worth the trip. For starters, here are five must-see landmarks in the Hoosier State capital city.