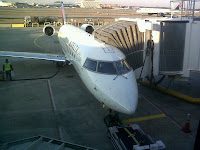 “Delta and Northwest flight attendants deserve the opportunity to freely participate in an election without being intimidated by management and heavy-handed efforts to keep them from gaining a voice,” AFA-CWA International President Patricia Friend said in a statement.

“Delta management launched the largest anti-union campaign in history and spared no expense in attempting to destroy the collective bargaining rights that Northwest flight attendants have worked to maintain for over 60 years,” Friend said. “We now call on the NMB to conduct an exhaustive investigation of these charges and hold Delta executives accountable for their actions.”

Earlier this month, Delta announced that more than 53 percent its flight attendants voted against unionizing. Of the 19,887 eligible voters, 18,760 cast votes, according to Delta. Only 44 percent voted in favor of representation by the AFA-CWA.

Last week, in a letter to NMB Chairman Harry Hoglander and members Linda Puchala and Elizabeth Dougherty, U.S. Sen. Johnny Isakson, R-Ga., suggested the board “consider as their principal constituents not the unions but rather the employees whose choice you are sworn to protect” when acting on a charge from the AFA-CWA.

“The National Mediation Board has demonstrated that it will stop at nothing to unionize these employees,” Isakson said in a news release. “Despite attempts by the NMB to make the election environment as favorable as possible to unions, the flight attendants at Delta have clearly stated their preference against unionization. It is imperative that the NMB respects the outcome of this vote.”

Isakson has been a critic of the NMB’s rule change regulating union elections that makes it easier for airline and railroad employees to unionize.

Delta CEO: No in flight calls, even if ban lifted

Even if the federal government lifts a ban on in-flight cell phone calls, Delta Air Lines will not allow passengers to make such calls, its CEO said.

Delta Air Lines, which is moving to replace smaller, regional aircraft, is shutting down Comair, one of its affiliates that flies under the Delta Connection banner.