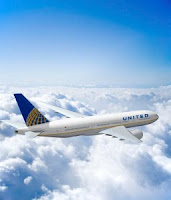 The Department of Justice on Friday gave its approval to a proposed merger between United and Continental Airlines.

“We are pleased to have achieved this critical milestone and look forward to our respective stockholders’ votes next month,” Glenn Tilton, UAL Corp. chairman, president and CEO, said in a news release. “The combination of United and Continental will create a world class airline, which will deliver an industry leading network for our customers and the communities we serve, career opportunities for our people, and value and return for our stockholders.”

The airlines announced their plan to merge in May. The Department of Transportation must still approve the merger, according to The Los Angeles Times.

“The completion of DOJ’s review is an important step on our journey of creating the world’s leading airline, benefiting our customers, co-workers, communities and stockholders,” Jeff Smisek, Continental’s chairman, president and CEO, said in a news release. “The DOJ’s decision permits us to clear one of the last regulatory hurdles to closing our merger.”

As part of an agreement with the Department of Justice, United and Continental agreed to transfer to Southwest Airlines a number of “takeoff and landing rights (slots) and other assets” at Newark Liberty Airport.

“The divestiture of slots at Newark by the combined Continental/United will ensure competition is enhanced, and we appreciate the Department of Justice’s role in finding a fair solution,” Bob Jordan, Southwest Airlines’ executive vice president of strategy and planning, said in a news release.

The European Commission approved the merger in July. The combined airline – which will maintain the United name and will be based in Chicago – is expected to create the world’s largest, eclipsing Atlanta-based Delta.

Delta Air Lines is adding its so-called “Economy Comfort” section, which it previously added to long-haul international flights, to its entire mainline fleet and more than 250 two-class regional jets.

Delta Air Lines is celebrating its 70th anniversary in Atlanta.

The number of scheduled domestic and international passengers on U.S. airlines and on flights to and from the United States on foreign airlines declined in 2009 by 5.3 percent from 2008, dropping to 769.6 million, the Department of Transportation’s Bureau of Transportation Statistics (BTS) reported.